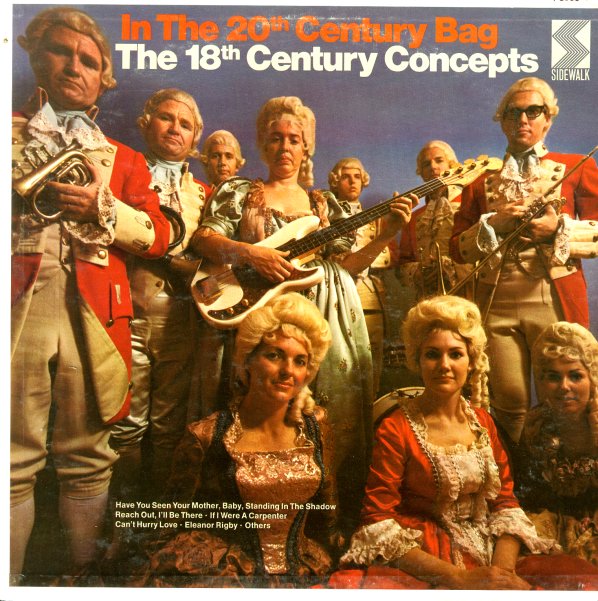 In the 20th Century Bag

Some "baroque" pop stuff from this groovy studio band on Sidewalk. As the liner notes say "The great hits of today, with today's exciting beat", but with a group that gives the songs a fake 18th century sound. Mike Curb's on keyboards, and there may be a potential Wu-Tang sample or two here! Titles include "Can't Hurry Love", "Little Toy Soldier", "Eleanor Rigby", "18th Century Bag", "Old Time Movies", and "A Lover's Concerto".  © 1996-2022, Dusty Groove, Inc.
(Cover has light surface wear and light staining on the back.)