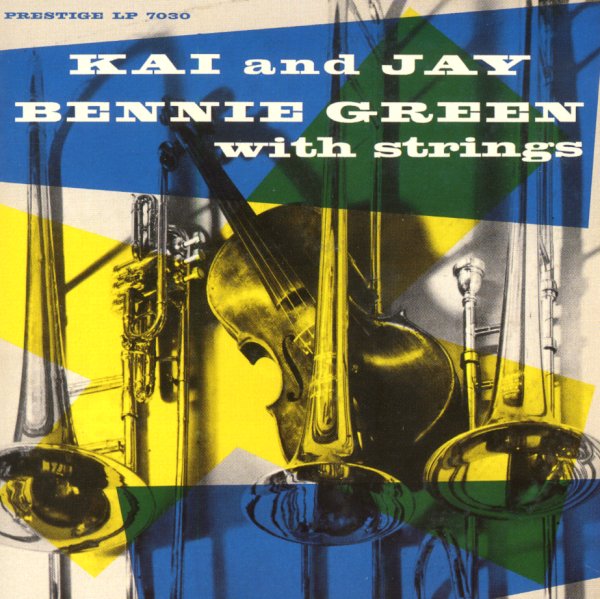 A great pairing of sides by two of the fifties greatest trombone acts! JJ Johnson and Kai Winding are on one side, with a boppish set of tunes, and Bennie Green's on the other, with a tight string ensemble. The music holds little surprises, but there's some nice takes on standards and of course, loads of great trombone. Includes Jay & Kai's take on "Bag's Groove" & "How Long Has This Been Going On", and Bennie's takes on "Stardust" and "Embraceable You".  © 1996-2021, Dusty Groove, Inc.
(OJC pressing. Cover has a cut corner.)