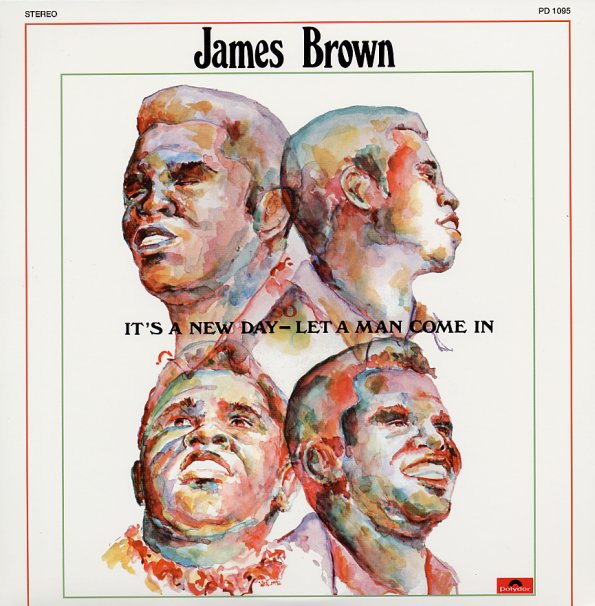 Further genius from James Brown at the start of the 70s – a record that's starting to show some of the more open-ended grooves he'd explore with the JBs on their own albums – longer, stretched-out tracks that are way more than simple funk and soul! There's a sense of freewheeling energy here that's totally great – dynamic, powerful calls from James at the top of most tunes – and incredibly sharp work on horns and rhythm from the band – cutting grooves and turning lines like no other combo in the business, all with a great mix of deep soul and hard funk! The album features the 7 minute killer version of "Let a Man Come In & Do The Popcorn", plus "World (parts 1 & 2)", "It's A New Day (parts 1 & 2)", "Give It Up or Turn It Loose", "If I Ruled The World", "The Man In The Glass (part 1)", and "I'm Not Demanding (part 1)". A treasure trove of funk and soul!  © 1996-2021, Dusty Groove, Inc.
(Part of the Rare Groove Funk 1000 Best Collection!)