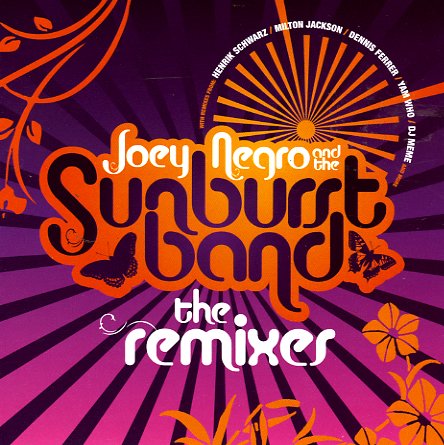 Soaring soul from the Sunburst Band – a 2CD set that's almost even more groove-heavy than some of their previous records! The package offers up a wealth of all those hard-to-find Sunburst cuts that showed up on expensive import singles over the years – presented here in a nicely-priced package that's bound to fill up plenty of holes in your record collection, especially if you dig these guys as much as we do! As on their main releases, Joey Negro's done plenty to ensure a classic club sound throughout the set – lots of 70s disco and 80s dancefloor elements bubbling together in a warmly sunny groove that definitely lives up to the group's name. Remixes are never too overdone – often just set up to augment a specific twist or element in a tune – and titles include "Man Of War (Henrik Schwarz mix)", "Sitting On Top Of The World (DJ Meme mix)", "He Is (Joey Negro club)", "Everyday (Cool Million retr-o-matic mix)", "Our Lives Are Shaped (Grant Nelson mix)", "Journey To The Sun (Milton Jackson mix)", "U Make Me So Hot (Yam Who mix)", "After Dusk (Joey Negro ext mix)", "Fly Away (Audiowhores mix)", "Far Beyond (Recloose mix)", "Turn It Out (IG Culture mix)", and "Man Of War (Idjut Boys mix).  © 1996-2021, Dusty Groove, Inc.
(Out of print.)