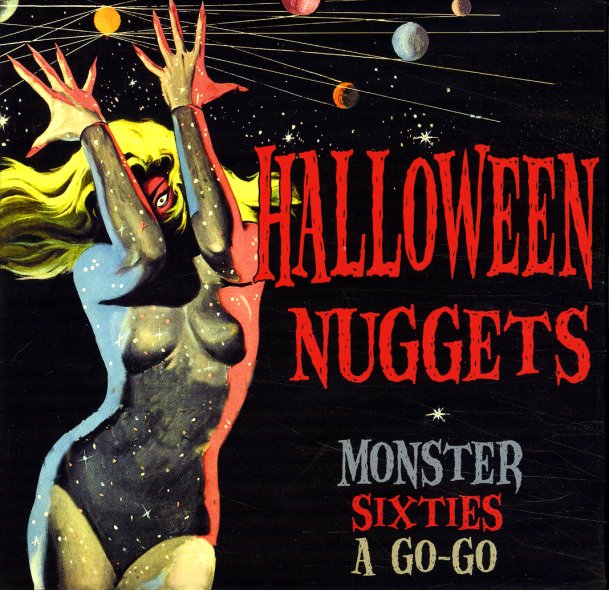 A hip batch of Halloween nuggets – rare singles, mostly from the 60s – and mostly recorded during that wonderful moment when monster movies and rock and roll had a really happy collision! That era yielded plenty of hits, but this set digs way way deeper than those – to come up with a stunning 98 tracks in all, many of which we've never heard before – and that's saying a lot, given how much we really love Halloween music! If you thought you've heard it all, there's plenty to dig here – way more than familiar tracks like "Monster Mash" – with gems that include "Creature From Outer Space" by Sonny Day, "Nightmare" by The Abstracts, "Witch Girl" by The Mystrys, "Zoola Zooky" by Johnny Anderson, "Vampira" by Bobby Bare, "Ghost Guitars" by Baron Daemon & The Vampires, "The Guillotine" by The Executioners, "Voodoo Doll" by Glenda & Glen, "Grim Reaper" by The Twelfth Night, "Graveyard Creep" by James Dubon, "Scream" by Ralph Nieson & The Chancellors, "Old Boris" by Bela La Goldenstein – and lots lots more!  © 1996-2022, Dusty Groove, Inc.