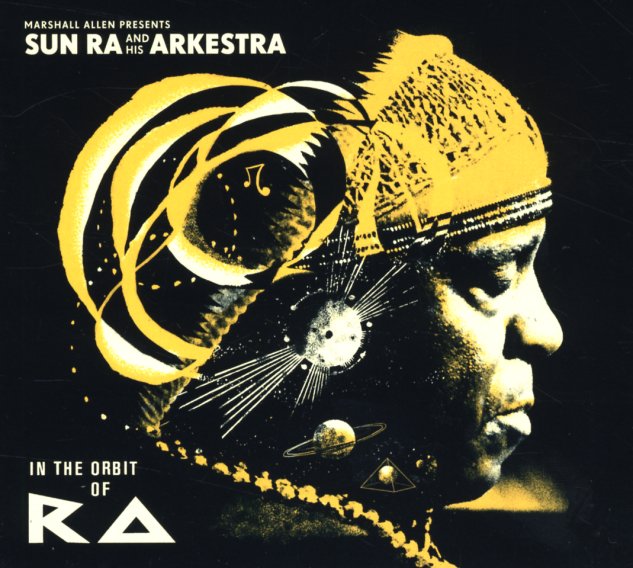 A really wonderfully-done collection of work from the legendary Sun Ra – put together by longtime musical partner Marshall Allen, and way way different than the typical mish-mash of tracks you'd find on some of the budget or public domain titles on the market! First off, the track selection is really thoughtful – music that definitely defines the Arkestra in the 60s and 70s, but which also highlights some of its overlooked corners too – pulled together from recordings that appeared on the Saturn, Impulse, and other labels – all curated and remastered by Art Yard, who've done their share of great Ra reissues over the years. Plus, the package features a few unreleased performances as well – and although it would serve as a great introduction to the music of Sun Ra, it's also really perfectly put together for longtime Ra fans as well – given the focus, track selection, and overall quality of the whole thing. The sounds are sublime – maybe one of the best summations of the righteous, cosmic genius of the Arkestra at its best – and titles include "Reflects Motion", "Island In The Sun (extended)", "Somewhere In Space", "The Lady With The Golden Stockings", "Somebody Else's World", "Ancient Aethiopia", "Astro Black", "Have You Heard The Latest News From Neptune", "We Travel The Spaceways", and "Plutonian Nights". 2CD version also includes the never-heard "Trying To Put The Blame On Me".  © 1996-2022, Dusty Groove, Inc.

Proceed With Caution
Black Jazz/Real Gone, 1974. New Copy
CD...$13.99 14.99 (LP...$22.99)
No need to be cautious here – as the album's the sort you can jump into right away – thanks to some wicked grooves from legendary guitarist Calvin Keys! Calvin's had a great revival in recent years, but this album's the stuff that first put him on the map – a brilliant early date ... CD