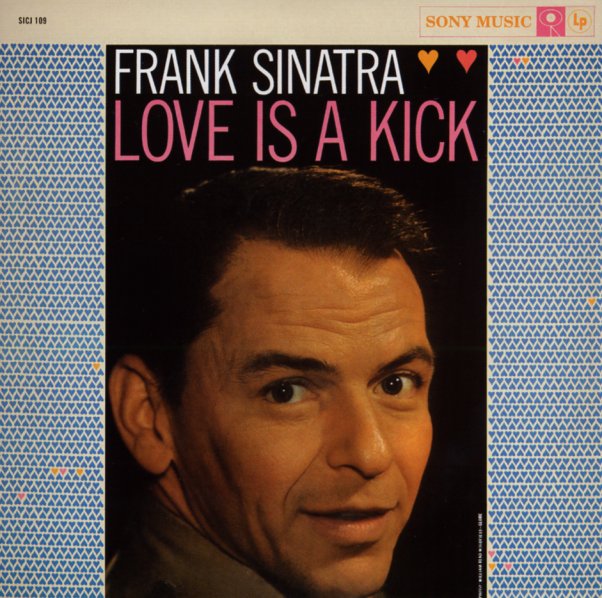 Love is definitely a kick in the hands of Frank Sinatra – especially when handled by some swinging gems from his early years at Columbia Records! This collection's a bit more upbeat than some of the full albums that Columbia issued of earlier singles in the 50s – and focuses on the kind of swing-era gems that Frank would later record for Capitol with Billy May – but which are offered up here in original versions from the time when the tunes were still burning up the charts. Sinatra's young voice is already surprisingly full of power and feeling – and titles include "Saturday Night", "Should I", "American Beauty Rose", "Five Minutes More", "When You're Smiling", "Bim Bam Baby", and "You Do Something To Me".  © 1996-2022, Dusty Groove, Inc.
(Mono 6 eye pressing with deep groove. Cover has light wear and aging, and partially splits seams.)