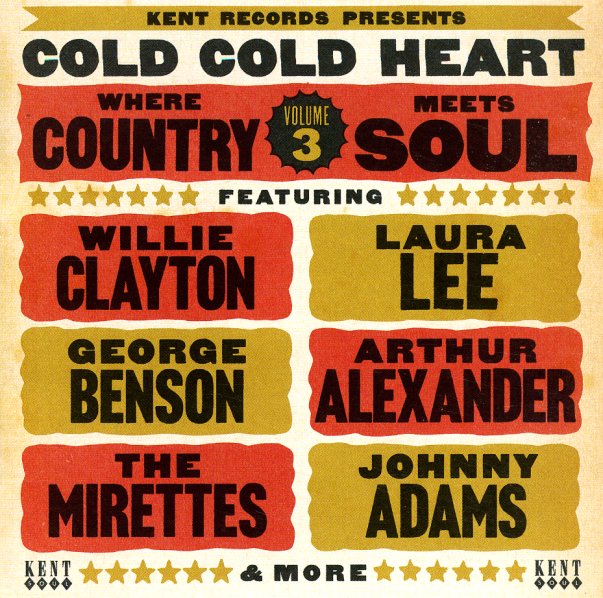 Southern soul galore – a wonderful range of tracks that are done in that best deep soul mode that borrowed heavily from country music – but also really transformed things to fit their own righteous needs! Make no mistake, the collection is all soul music all the way through – but the songs also echo some of the more heartbreaking themes and local needs you'd find in country music – and also use some isolated elements in the instrumentation and production too! The best way to think of the package is as a collection of southern soul, but one that shows a surprising lack of color barrier when it comes to musical styles – and as always with Ace/Kent, the notes and overall conception of the whole thing is really wonderful. 24 tracks in all – including "Easy Loving" by Bo Kirkland & Ruth Davis, "Big Blue Diamonds" by Little Johnny Taylor, "I Hang My Head & Cry" by Arthur Alexander, "True Love Travels On A Gravel Road" by Percy Sledge, "Touch Your Woman" by Margie Joseph, "Who Will The Next Fool Be" by Bobby Bland, "Stand By Your Man" by The Mirettes, "Till I Get It Right" by Bettye Swann, "Another Man's Woman Another Woman's Man" by Laura Lee, and "Jambalaya" by Ralph Soul Jackson.  © 1996-2021, Dusty Groove, Inc.