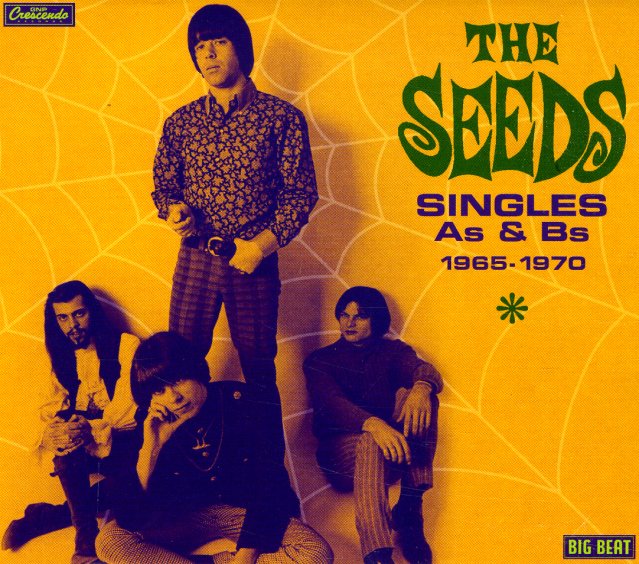 Searing sounds from The Seeds – not just the group's well-known material on GNP, but lots of obscure non-LP tracks, b-sides, and even some late gems recorded for MGM! The sneering, gritty quality of the group really comes through on these tracks – tight numbers that pack a heavy punch in the short space of a vintage 45 – as a few familiar tunes mix things up with lots of lesser-known gems – all in a mindblowing set of garage psych from the tail end of the 60s! Titles include the MGM singles "Bad Part Of Town", "Did He Die", "Love In A Summer Basket", and "Wish Me Up" – plus the tracks "The Wind Blows Your Hair", "Six Dreams", "Mr Farmer", "Up In Her Room", "No Escape", "Out Of The Question", "Daisy Mae", "Excuse Excuse", "March Of The Flower Children", "Try To Understand", "Can't Seem To Make You Mine", and an unedited rare version of "Pushin Too Hard".  © 1996-2021, Dusty Groove, Inc.