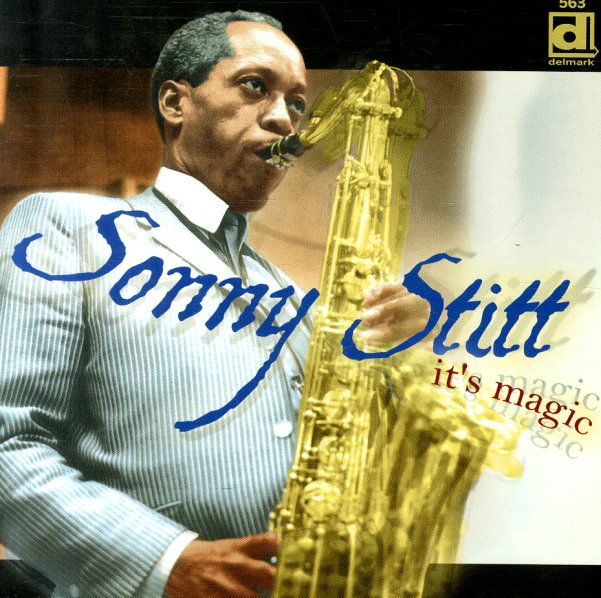 A lot like Sonny's work with Hammond on Prestige Records – as the set features a trio with Don Patterson on the Hammond B3 and Billy Pierce on drums!  © 1996-2021, Dusty Groove, Inc.
(Barcode has a cutout hole.)

Moonlight In Vermont
Denon/Nippon (Japan), 1977. Used
CD...$18.99
Beautifully-recorded later work from Sonny Stitt – a record that's got the crispness and poise of his classic work on Roost, with perhaps a bit of the warmer soul he'd picked up in the 70s – yet laid out in a way that's different from some of his American albums too! The set's a ... CD

Sonny Stitt With The New Yorkers
Roost/Fresh Sound (Spain), 1957. Used
CD...$12.99
Beautiful Roost material from Sonny Stitt – solid, mature, and extremely well-placed lines on the alto sax – all caught at a level that's higher than most of his contemporaries were dising out at the time! The boppier side of Stitt's roots is nicely suppressed here – and in its ... CD

Sonny Stitt Sits In With The Oscar Peterson Trio
Verve, 1959. Used
CD...$5.99 (CD...$4.99)
Sonny Stitt makes Oscar Peterson sit up and groove! The record's a great one, and uses the Peterson Trio as a perfect rhythm section for Sonny's confidently blown solos of the late 50s – in a way that pushes the combo past their usual safe area, and into more freewheeling territory to keep ... CD

Sonny Stitt Sits In With The Oscar Peterson Trio
Verve, 1959. Used
CD...$4.99 (CD...$5.99)
Sonny Stitt makes Oscar Peterson sit up and groove! The record's a great one, and uses the Peterson Trio as a perfect rhythm section for Sonny's confidently blown solos of the late 50s – in a way that pushes the combo past their usual safe area, and into more freewheeling territory to keep ... CD

Autumn In New York (24 bit remaster)
1201 Music, 1962/1967. Used
CD...$4.99
Beautiful lost 60s material from Stitt – recorded without any tricks or gimmicks, in a solidly-blown mode that rivals his best work for Roost and Argo! The first 4 tracks of the set were recorded in New York in 1962 – with an unnamed group that lets Sonny really take the lead on sax, ... CD

Just The Way It Was – Live At The Left Bank
Label M, 1971. Used
CD...$5.99
A tasty little live set from Sonny Stitt – recorded in the company of organist Don Patterson! The set cooks with the fire of the best Patterson/Stitt studio sides for Prestige – and features a similar trio lineup that has the pair accompanied only by drummer Billy James – going ... CD

Sonny Stitt Plays
Roost/Fresh Sound (Spain), 1956. Used
CD...$9.99
One of Sonny Stitt's amazing albums for Roost – a record with a beautifully mature conception of bop soloing, and a totally confident tone throughout! There's an understated brilliance here that's nearly impossible to describe in words – a sense of placement, timing, and phrasing that's ... CD

Night Letter (Soul Shack/Night Letter)
Prestige, 1963/1969. Used
CD...$11.99
Two Sonny Stitt dates with organ – both from different ends of the 60s! First up is Soul Shack – a mellow burner, and a real classic from the early 60s soul jazz years of Prestige Records! The album brings together the saxes of Sonny Stitt (both alto and tenor) and the Hammond of Jack ... CD