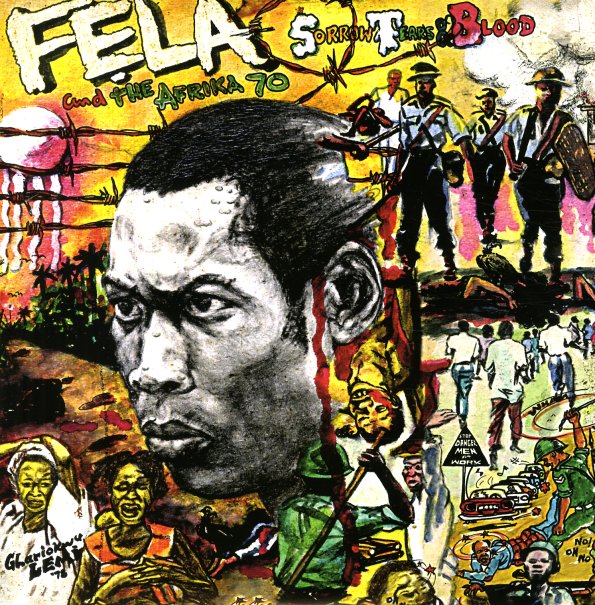 An impassioned attack on police and army violence in 70s Nigeria – and easily one of Fela Kuti's best-remembered albums of the time! The lead track – "Sorrow Tears & Blood" – is really tremendous – a wicked groove that begins with a very long electric piano solo, which sets things up with almost a melancholy vibe – which is then echoed by the alto sax – all instrumental elements that create their own sort of pain and anguish, which is then given focus by the angry lyrics of the tune! "Colonial Mentality" has an equally sinister vibe, and some especially strong saxophone work – really powerful, and with a very sharp edge – so that it really stands out from the rest of the group!  © 1996-2022, Dusty Groove, Inc.