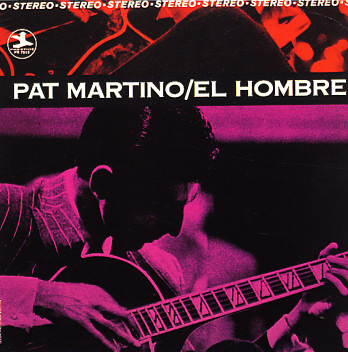 The first album that guitarist Pat Martino ever cut as a leader – and an excellent mix of styles that links his soul jazz roots with his later, trippier recordings! The group here is a sextet, and it features organist Trudy Pitts (who was Martino's boss at the time), plus flute, drums, and percussion – all stretching out with a really unique sort of sound! The tracks have a bit of an Eastern feel to them, especially when Martino stretches out on his solos – but they also have a nice solid groove that keeps them right in the pocket rhythmically. Titles include "Waltz For Geri", "El Hombre", "Cisco", "Blues For Mickey-O", and "One For Rose". Very groovy!  © 1996-2021, Dusty Groove, Inc.