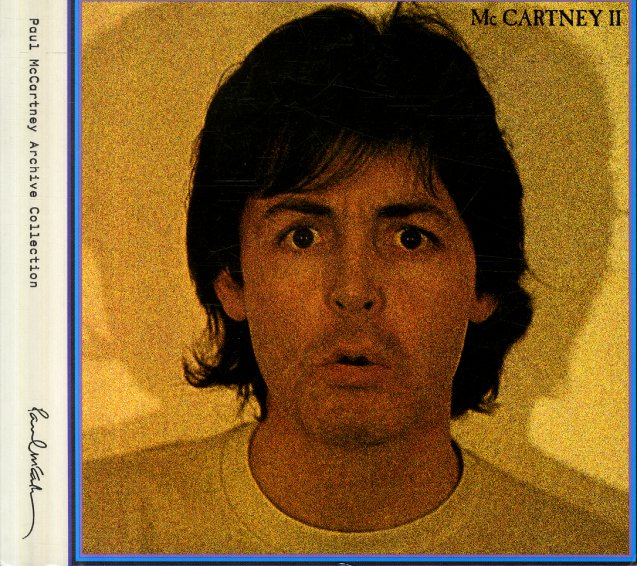 Paul McCartney has left Wings behind for this record – but in their place he's come up with a wonderful new approach – serving up all the instruments himself, as he did on the first album titled Paul McCartney – but also using more electronics than before, which makes for some wonderfully moody moments! The songwriting is great – every bit as strong as the 70s years, without some of Paul's later 80s fluff – and the change in instrumentation really makes for some beautifully haunting moments. The set includes "Waterfalls" – one of our favorite tracks ever by Paul – and other titles include the hit "Coming Up", the groovy "Temporary Secretary", and the tracks "Darkroom", "Summer Day's Song", "On The Way", "Nobody Knows", "Bogey Music", and "Frozen Jap".  © 1996-2022, Dusty Groove, Inc.
(2011 Paul McCartney Archive Collection edition with 8 bonus tracks. Case has very light edgewear and mark through barcode.)

Venus & Mars (special edition)
EMI/MPL, 1975. Used 2CD
CD...$14.99 (LP...$11.99)
Maybe the greatest moment ever from Paul McCartney & Wings – a set that features killer hits and lesser-known gems – all woven into a fantastic 70s sonic tapestry! The production and presentation of the record are wonderful – the whole thing was virtually a pop art piece when ... CD

McCartney (2CD special edition) (Japanese paper sleeve edition)
MPL/Hear Music/Concord (Japan), 1970. Used 2 CDs
CD...$33.99 39.99
The incredible solo debut of Paul McCartney – and a record that already leaps ahead from The Beatles in so many amazing ways! There's an up-close, intimate vibe to some of these songs that's really amazing – a sense of happiness that Paul never seemed to have in the Beatles' later ... CD