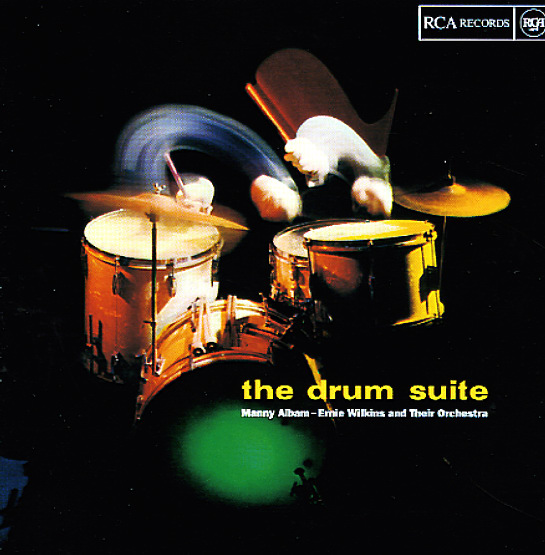 Hard-swinging big band material – with a heavy emphasis on drums! The album is a suite of six tracks – all written by either Manny Albam or Ernie Wilkins, both of whom arrange the groups on the set – really letting them open up nicely on the album's longish tracks. Manny and Ernie were two of the more soulful arrangers of their day – and they get some strong performances out of the groups, letting players like Conte Candoli on trumpet, Hal McKusick on alto, Al Cohn on tenor, and Freddie Green on guitar open up in longer tracks driven to intensity by some great drum work handled by the lesser-known (but excellent) Ted Sommer. Titles include "Skinning The Valves", "Dancers On Drums", "Bristling", and "The Octopus".  © 1996-2021, Dusty Groove, Inc.
(Mono pressing with deep groove. Cover has light surface wear and a small sticker spot on back.)