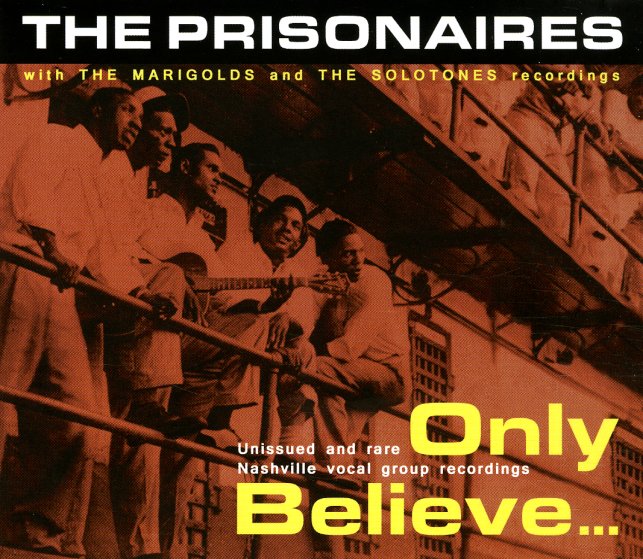 Stunning sounds from the legendary Prisonaires – the important Memphis vocal group that first formed in prison, but was able to release a fair bit of commercial recordings over the years! The package is a great companion to previously-issued material on the group – as it features rare sides by the lineup, plus related groups that also featured the great tenorist Johnny Bragg in the lead – as well as some very obscure, and well-recorded live tracks that were only pressed on a limited private album for the prison management! Despite their roots behind bars, The Prisonaires have a style that's key in the development of the vocal group in the pre-soul years – a link between older group styles of the 30s and some of the more spiritual inflections that would blossom during the 60s – not really gospel harmonizing, but also not doo wop or pop, either – a really unique hybrid of elements that was very influential over the years. The package is awash in detail – 58 pages of notes and history, with a strong focus on Bragg – and the set features 18 tracks by The Prisonaires, including "In The Garden", "Suppertime", "Gentle Hands", "Just Walkin In The Rain", "Baby Please", "Two Strangers", "Lucy You Know I Want You", and "There Is Love In You" – plus four more by The Marigolds, including "Why Don't You", "Rollin Stone", and "Don't Say Tomorrow" – and six more by The Solotones, including "Two Strangers", "Front Page Blues", and "Pork & Beans".  © 1996-2020, Dusty Groove, Inc.