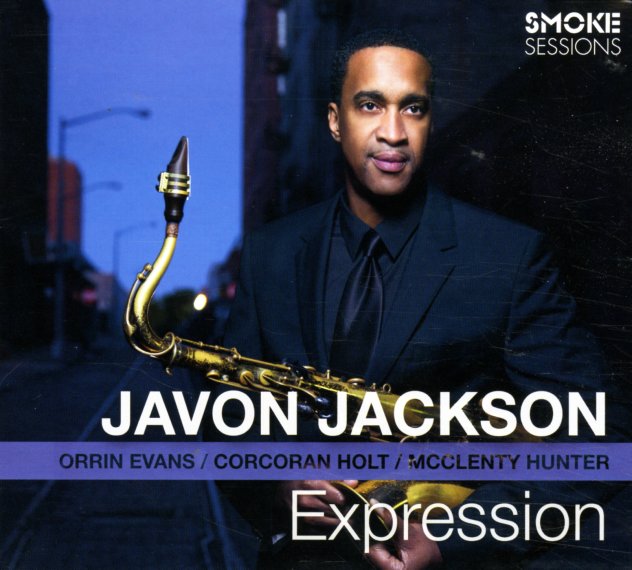 One of the best Javon Jackson albums we've heard in years – a great live session that really gets back to basics, and reminds what a hell of a soloist Jackson is on tenor! The group's got a sharp, soulful feel right from the start – thanks to wonderful piano from Orrin Evans, who manages to bring all these creative touches to the music, but all without ever losing his swing – a swing that's driven strongly by Corcoran Holt on bass and McClenty Hunter on drums. Jackson's tenor is the real star of the show, but clearly gets great inspiration from the creative phrasing of Evans – and the pair soar together wonderfully on tunes that include "Richards RAP", "Lelia", "88 Strong", "Think On Me", "TJ", "Mr Taylor", and a great version of Wayne Shorter's "One By One".  © 1996-2020, Dusty Groove, Inc.