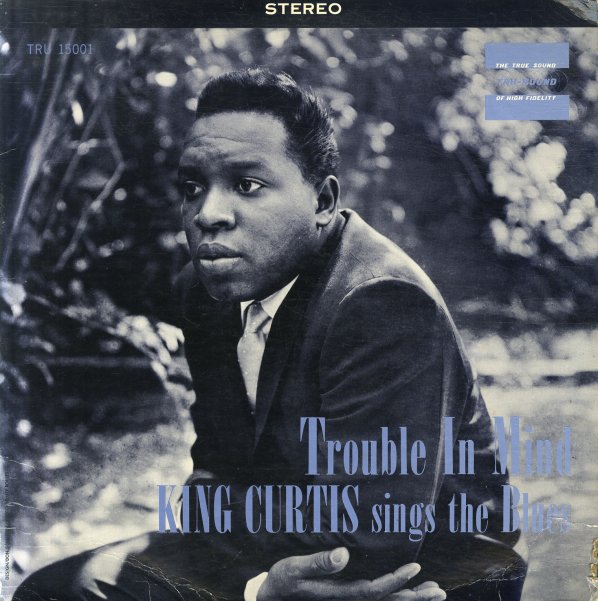 An unusual early one for King Curtis – a special album in that it features him singing and playing guitar, in addition to his usual work on alto sax! The session was cut early in his career, before he'd forged the trademark approach that kind of locked him in in later years – and it's a bit of a blues effort, a bit of a jazz effort, with backing by a combo that includes Al Casey on guitar, Paul Griffin on piano, and a backing group of female singers on a few cuts. Titles include "Jivin Time", "But That's Alright", "Deep Fry", "Don't Deceive Me", "Woke Up This Morning", and "Bad Bad Whiskey".  © 1996-2021, Dusty Groove, Inc.
(Mono black label pressing with deep groove. Vinyl plays with some crackles, with some glue at one edge that does not affect play. Cover has some pen on back and masking tape holding the seams.)

King Curtis Live At Fillmore West
Atco, 1971. Very Good Gatefold
LP...$24.99
The King Curtis combo in all of its glory – really grooving hard here in a set of instrumental performances recorded at the same time as Aretha Franklin's famous live date at the Fillmore West! King backed Aretha up on her own record from Fillmore, but this set features all the instrumental ... LP, Vinyl record album