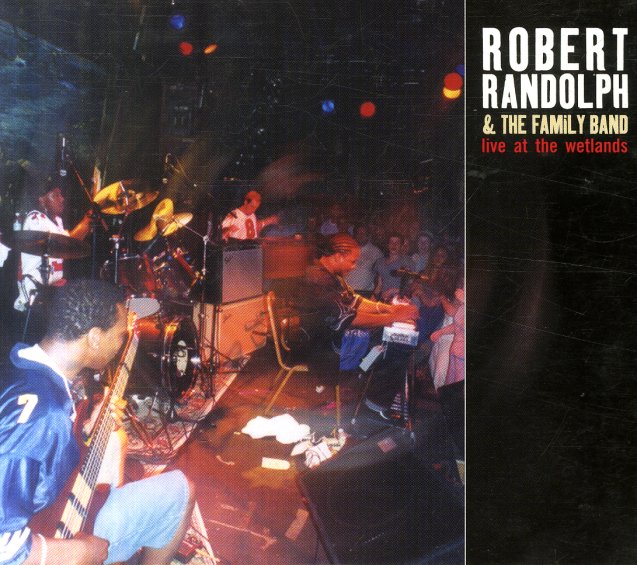 Live At The Wetlands

Pretty unique work from Robert Randolph – one of the most soulful pedal steel players you'll ever hear! Randolph's working here in a live setting before a very enthusiastic crowd – playing pedal steel and singing with a deeply soulful approach – running through styles that range from funk to soul to blues and touches of 70s rock. Titles include "Tears Of Joy", "I Don't Know What You Come To Do", "Ted's Jam", "The March", and "Pressing My Way".  © 1996-2020, Dusty Groove, Inc.
(Out of print.)