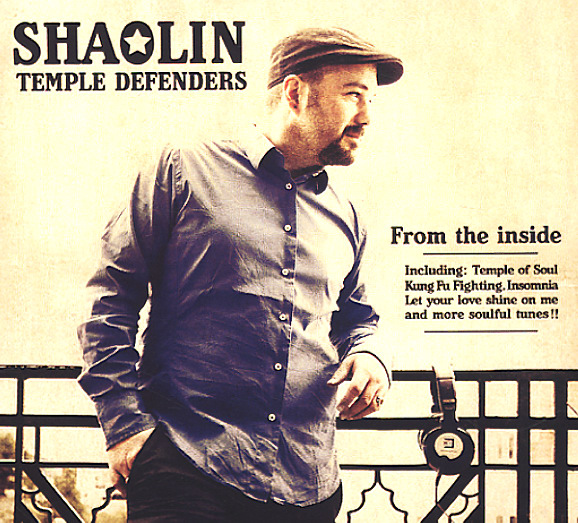 The amazing return of the Shaolin Temple Defenders – a group who've really deepened their sound since we last heard from them! On previous albums, the Defenders were a razor-sharp funk combo – a French ensemble who'd really studied the funky 45 underground of the late 60s and early 70s – and definitely knew how to get that sound right! This time around, they've also picked up a deep soul vibe as well – bringing vocals into the mix even more strongly than before – sung by Brother Lion with this raspy style that feels like some of the best southern soul at the start of the 70s. The funky currents of the group are still firmly in place – sometimes with a heavy 70s twist, sometimes with a more laidback vibe that lets the vocals take center stage – and titles include "Blue Shades", "Do You Remember", "Spirit Of The South", "Temple Of Soul", "Super Nacho Funk", "Let Your Love Shine On Me", "It's So Easy", "Our Love Will Live Forever", and a cover of "Kung Fu Fighting". CD also features two bonus tracks – "Night & Day" and "At The Drive-In".  © 1996-2021, Dusty Groove, Inc.
(Out of print.)

Sound Directions – The Funky Side Of Life
Stones Throw, 2005. Used
CD...$8.99
A fresh serving of genius from Madlib – served up here in yet another manifestation of the Yesterday's New Quintet combo! Sound Directions have a groove that's quite similar to YNQ, but which focuses a bit more on the skittish percussion of Otis Jackson and "Sloppy" Joe Johnson ... CD

New Destination
Irma (Italy), 2011. Used
CD...$4.99
Spacier grooves from Honeymunch – building nicely on the Fender Rhodes, Hohner Clavinet and synth atmosphere of the previous set with a somewhat more cosmically inclined vibe and vocals by Hannes Stickel! The things we loved about the group in a more instrumentals centered approach is still ... CD