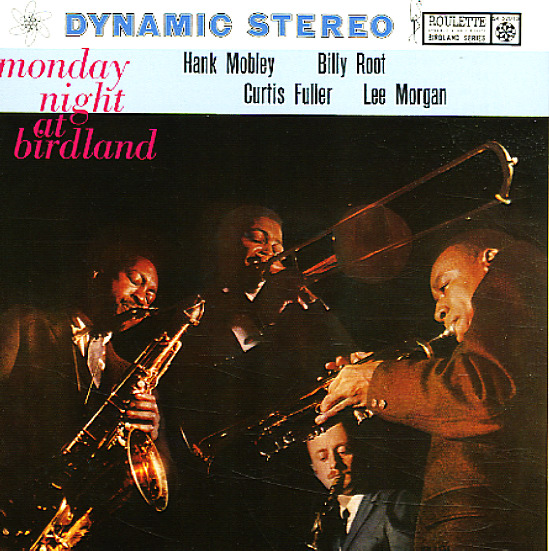 A rare non-Blue Note late 50s session that features Hank Mobley and Lee Morgan – and a stone cooker that feels like some of the best Jazz Messengers dates of the time! There's a chance that the session was possibly cut "under duress", like a number of other jazz albums on Roulette during the period – but that doesn't stop it from being a full-on, open-fire groover – lots of long tracks done in perfect hardbop formation! In addition to Mobley's tenor and Morgan's trumpet, the combo also features Curtis Fuller on trombone, Billy Root on additional tenor, Ray Bryant on piano, Tommy Bryant on bass, and Specs Wright on drums. The album features four long blowing tunes – "Walkin", "All The Things You Are", "Bag's Groove", and "There Will Never Be Another You".  © 1996-2021, Dusty Groove, Inc.
(Out of print. Still sealed with obi!)

Reach Out!
Blue Note, 1968. Used
CD...$11.99 (LP...$22.99)
An excellent Hank Mobley session – with an unusual twist that takes it past his earlier work! The lineup's great all the way through – with Woody Shaw on trumpet, George Benson on guitar, and Billy Higgins on drums – and the addition of Benson's guitar gives the tracks a groovily ... CD

Everyday I Have The Blues (plus bonus tracks)
Roulette, 1959. Used
CD...$8.99
One of Joe Williams' standout classics from the 50s – just the sort of record that put him on top of his game at the time! The album's one of Joe's classic outings with Count Basie – one recorded for Roulette with a slightly looser, slightly rawer feel than their work together on Verve. ... CD

Friends & Strangers
EMI/Manhattan, 1977. Used
CD...$16.99
A stone classic from reedman Ronnie Laws – and an album that really helped set a whole new standard for funky fusion in the 70s! Laws works here with great Wayne Henderson production – which gives the album an even sharper sound than other Blue Note sets of this vintage – and ... CD