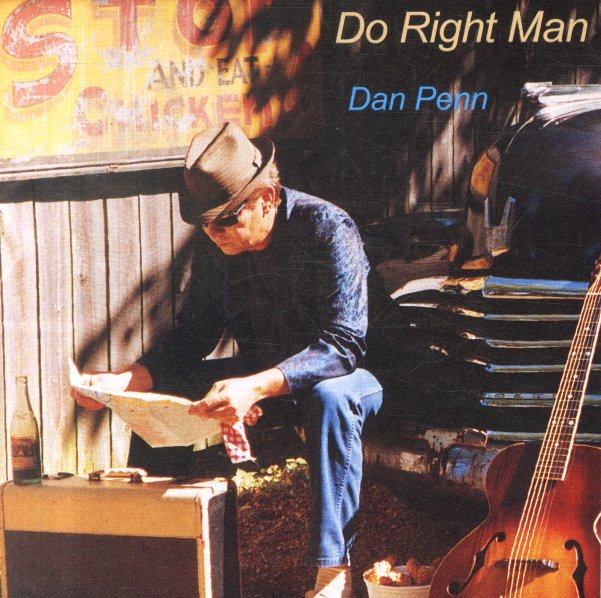 A great comeback moment for one of the seminal songwriters of 60s southern soul – heard here in a surprisingly faithful setting that really returns Dan Penn to his glory! The tunes include many numbers that Dan wrote, but which were made famous by other singers at the time – and although early demo versions with vocals by a young Penn would circulate over the years, these later takes are quite strong too – produced by Dan himself, on titles that include "Cry Like A Man", "Dark End Of The Street", "Do Right Woman", "You Left The Water Running", "I'm Your Puppet", and "Memphis Women & Chicken".  © 1996-2021, Dusty Groove, Inc.
(Out of print.)

Peter Green's Fleetwood Mac (with bonus tracks)
Blue Horizon/ADA, 1968. Used
CD...$4.99 (CD...$4.99, LP...$18.99)
Some of the earliest work ever recorded by Fleetwood Mac – and a set that you'll find quite different than their smooth crossover hits of the mid 70s! This set has the group in raw, bluesy territory throughout – but already not being slavish to their Chicago inspirations – and ... CD

Peter Green's Fleetwood Mac
Blue Horizon, 1968. Used
CD...$4.99 (CD...$4.99, LP...$18.99)
Some of the earliest work ever recorded by Fleetwood Mac – and a set that you'll find quite different than their smooth crossover hits of the mid 70s! This set has the group in raw, bluesy territory throughout – but already not being slavish to their Chicago inspirations – and ... CD