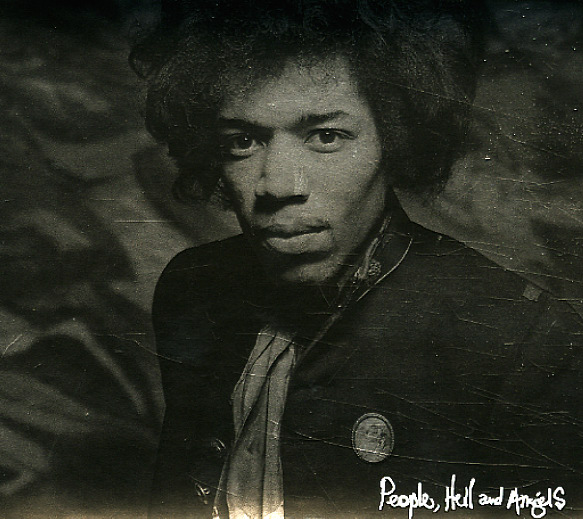 What? A brand new album from Jimi Hendrix? Didn't he, uh, check out a few decades ago? Well, turns out that the Experience folks have found some amazing work on the vaults – really incredible tracks that are way more than just a rehash of previous releases, aren't demo recordings at all – and are instead some wonderful work that really comes together well as a long-overdue full album! The set's a stunning smoker through and through – filled with the kind of deft guitar work that made Jimi a legend right from the start – and stuffed into tunes that pack as much of a punch as any of the famous Hendrix singles that have kept spinning for so many years. All tracks are studio recordings, all previously unreleased – and titles include new songs like "Somewhere" and "Hear My Train A Comin", plus studio takes of "Inside Out" and "Bleeding Heart" – and lots more great tracks that include "Earth Blues", "Let Me Love You", "Izabella", "Crash Landing", "Easy Blues", and "Mojo Man".  © 1996-2021, Dusty Groove, Inc.
(Out of print.)

Axis Bold As Love (CD/DVD)
Legacy, 1967. Used CD/DVD
CD...$11.99 (CD...$4.99, CD...$4.99)
The Jimi Hendrix Experience at their most classic! Tripped out bluesy cosmic rock ferocity and great songs, too – firing on all cylinders here on the middle record of their ultra epic three LP series of unimpeachable greatness. Titles include "EXP", "Up From The Skies", ... CD