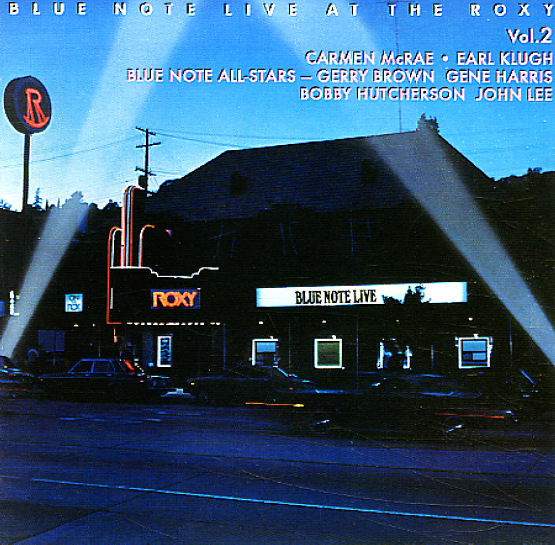 Blue Note Live At The Roxy 2

An overlooked gem from Blue Note – a special live performance that brings together some of the label's funkiest and most soulful artists of the 70s! The set's somewhat unusual for Blue Note at the time – especially given the label's increasingly studio-driven approach to jazz, with projects by the Mizell Brothers and others – yet given that bent, the whole thing's a great illustration of the vibrancy of all these artists always from the studio – playing live and extremely funky! As the title implies, the set was recorded live at the Roxy in LA – with players who include Donald Byrd, Ronnie Laws, Gene Harris, Bobby Hutcherson, and Alphonse Mouzon – all coming together in warm unity to show that the spacious sounds of Blue Note could also be crafted in a live setting, and not just under closely-watched studio help arrangers and producers. Carmen McRae sings on a number of tracks, and the album overall does a good job of presenting the material in concert-like setting – and some of the longer tracks feature some mighty nice jamming solos. Titles on this second volume include "Music", "Them There Eyes", "You're Everything", and "Paint Your Pretty Picture" by Carmen McRae; a medley of Brazilian tracks by Earl Klugh – including "Like A Lover", "A Felicidade", "Manha De Carnaval", and "Samba De Orfeu"; and a long track that involves all the artists as the Blue Note All Stars, on "Blue Note 76".  © 1996-2023, Dusty Groove, Inc.
(Out of print.)