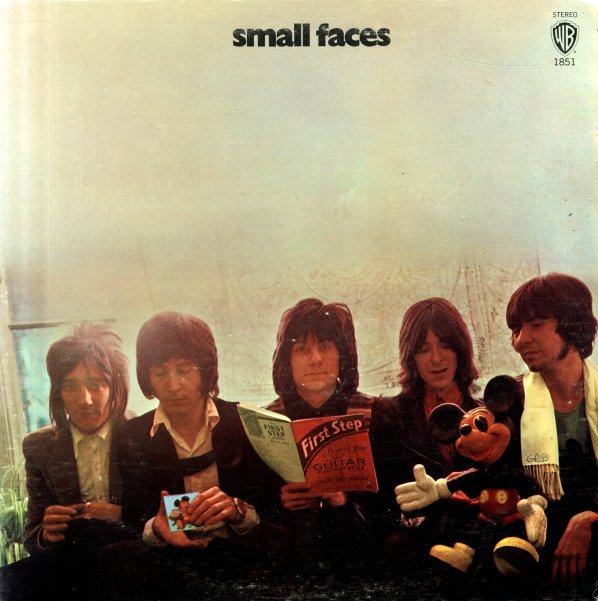 (Orange label UK stereo pressing with A2/B2 matrix in the WS 3000 "faces" cover. Cover has light ring and edge wear, aging, and small sticker remnants and a peeled spot held down with clear tape in front,)

Ogden's Nut Gone Flake
Immediate, 1968. Very Good+ Gatefold
LP...$99.99
One of the best Brit psychedelic rock albums of the late 60s – one that sounds incredible to this day! On Ogden's Nut Gone Flake the group really found a way to spin a heady, organ rich, drum heavy, and all around big sound into the structure of the 2 1/2 to 4 1/2 minute pop structure – ... LP, Vinyl record album