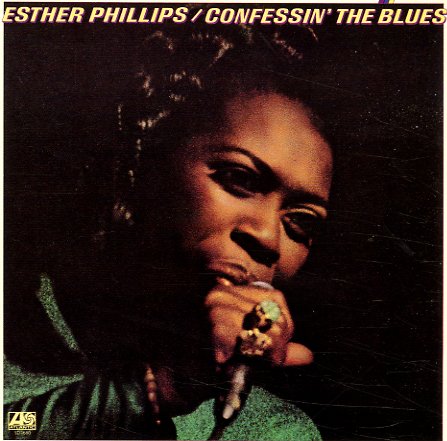 A 70s album, issued at a time when Esther Phillips was really riding high with her records on the Kudo label – but a set that brings together unissued sides recorded for Atlantic in the 60s! The style is a great mix of rootsy soul and hipper jazz – arranged by Onzy Matthews on side one, with a care and quality that almost rivals Capitol jazz vocal sessions of the time – and performed live at Freddie Jett's Piper Club on side two – in the same mode as her classic Burnin album from the time locale! Philips is wonderful in both settings – with that distinct approach that's unlike any other singer we know – quite versatile, and at a critical point between her R&B work of the 50s, and her smoother Kudu jazz of the 70s. Titles include include "Cherry Red", "In The Evenin", "I Wonder", "Romance In The Dark", "I Love Paris", and "I'm Gettin' Long Alright".  © 1996-2021, Dusty Groove, Inc.
(Cover has light ringwear and some light stains at the bottom.)