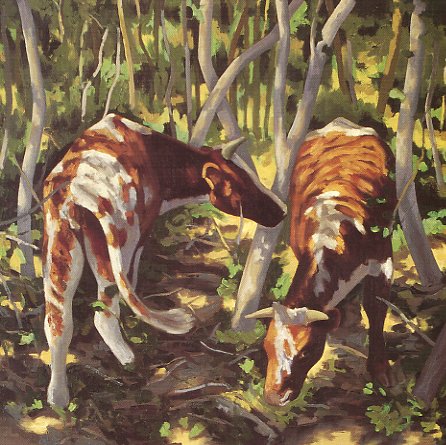 An important early album from reedman Mats Gustafsson – and one that has him working with older free jazz giants Barry Guy on bass and Paul Lovens on a range of percussion instruments, including a musical saw! Mats is clearly the star of the set – already an amazing master of tones, textures, and timings – as he effortlessly improvises on tenor, baritone, and fluteophone – at a level that seems to be bringing an especially strong response from Guy, who's maybe gutsier here than we'd normally hear during this period. Lovens is, as always, a master of the unique sound – as amazing as Gustafsson in the way that he makes music that seems very detached from any earthy referent! The set features one long improvisation, divided into five passages.  © 1996-2021, Dusty Groove, Inc.