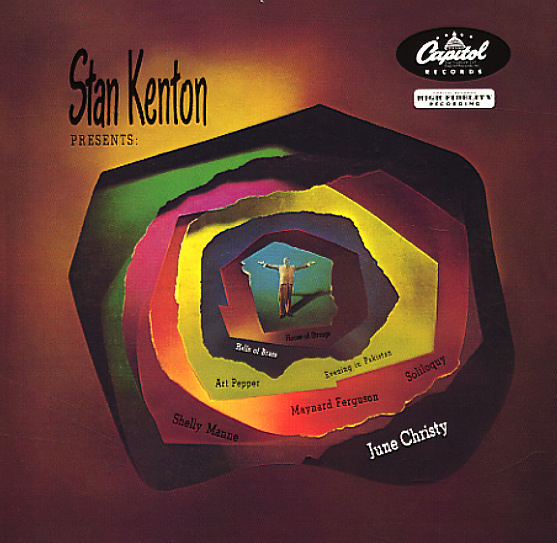 Excellent early Stan Kenton – and a perfect album to pick if you're looking for a great example of the way he blended modernist jazz with more traditional swing based forms. The album's a showcase of rich shimmering colors, played by Kenton and the orchestra to perfection, and highlighting some of the current group's strongest talent – with a lineup that includes Shorty Rogers and Maynard Ferguson on trumpets, Art Pepper and Bud Shank on alto sax, Bob Cooper on tenor, and Shelly Manne on drums. Titles include "Halls of Brass", "Art Pepper", "Shelly Manne", "House Of Strings", and "June Christy", an incredible number that has June singing some excellent wordless vocals!  © 1996-2023, Dusty Groove, Inc.
(Early 80s mono Japanese pressing. Cover has light wear and aging.)

Cuban Fire
Capitol, 1956. Very Good
LP...$2.99 4.99
One of Kenton's greatest records, and the one in which he proves his dedication to Latin styles, by serving up a killer batch of Afro-Cuban tracks with an incredibly authentic feel. The great Johnny Richards handled the arrangements, and the tracks are long and drawn out, with plenty of solo space ... LP, Vinyl record album