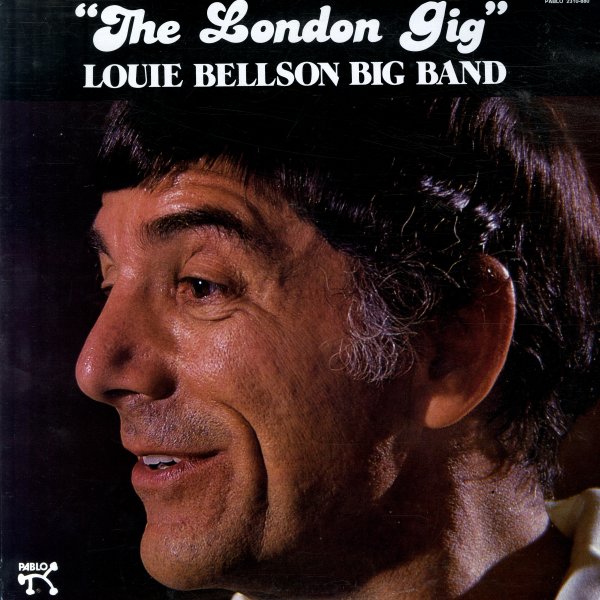 Louie Bellson recorded in London – heading up a big band that features Frank Strazzeri on piano, Geurge Duvivier on bass, and a heck of a lot of horn players in the mix! The group's got a bold, upbeat sort of feel – similar to some of the later Buddy Rich groups of the 70s – and given Rich's popularity in the UK, one might almost think that Bellson's going for a similar vibe here! Tracks are long, with just the right amount of complicated overtones to keep things interesting – and titles include "Blues For Freddy", "Sing A Song Of Love", "Santos", "Put It Right There", "Jus Fer Us", and "Drum Squad".  © 1996-2021, Dusty Groove, Inc.

Montreux 77 – Milt Jackson/Ray Brown Jam
Pablo/OJC, 1977. Near Mint-
LP...$14.99
The team of Milt Jackson and Ray Brown was one of the greatest ideas in jazz to come out of the 60s – and by the time of this late 70s concert, the pair were still going strong together! As you'll see in the set, Milt and Ray do a great job on stage together – working through material ... LP, Vinyl record album

Meeting Vol 1
Steeplechase (Denmark), 1976. Near Mint-
LP...$9.99
A great meeting of two generations of jazz – and one that really blows the top off some of Dexter Gordon's other European sessions of the time! The setting here is definitely one that's more a Gordon-based date – long tracks with rhythm backing from a trio with Kenny Drew on piano, ... LP, Vinyl record album

Look What They've Done
Creative World, Mid 70s. Near Mint-
LP...$4.99
The first full album recorded by jazz composer/arranger Les Hooper – one of the hipper young cats hanging around the Kenton scene in the early 70s. As with some of the best of Kenton's work at the time, there's a great sound here that takes the older big band style of jazz and pushes it with ... LP, Vinyl record album