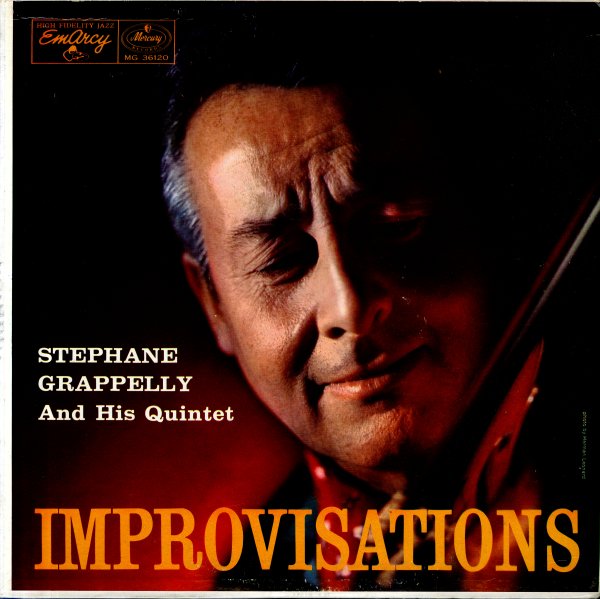 Not as freely improvised as you might think – but a nice set from the mid 50s, issued here with Grappelli as the lead soloist in a quartet with Maurice Vander on piano and harpsichord, Pierre Michelot on bass, and Baptiste Reilles on drums. Tracks include "If I Had You", "Body & Soul", "Fascinatin Rhythm", "Time After Time", and "Someone To Watch Over Me".  © 1996-2021, Dusty Groove, Inc.
(Mono drummer logo pressing with deep groove. Vinyl is nice and clean – and cover has light wear, but is nice too!)