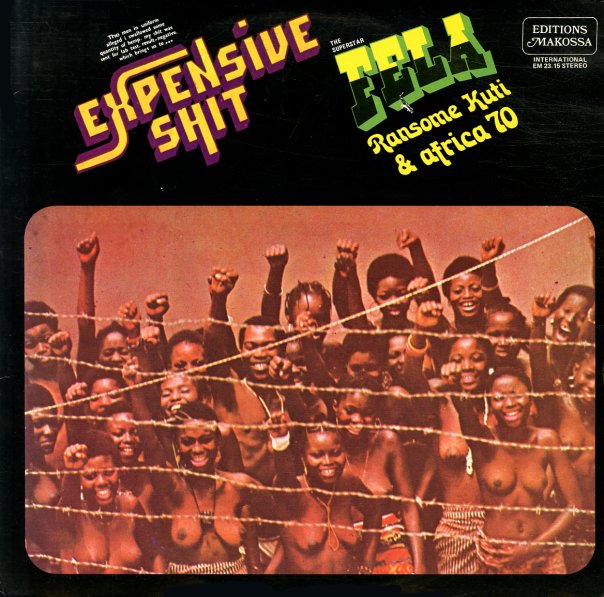 A real classic from the great Fela Kuti – a seminal mid 70s record that not only shows his impeccable sense of rhythm, but also his sense of rage as well! The title track – "Expensive Sh_t" – is Fela's answer to the time that he got busted for dope, and was forced to take a dump for the cops in order to "produce the goods" (which he had cleverly hidden in his stomach). The track has a great choppy funk groove, and is filled with the kind of raw anger you can imagine that the subject matter would produce – rich emotion that not only comes out in the lyrics, but also the sharp instrumental solos! The other track on the album – "Water No Get Enemy" – is another fantastic one, with cool electric piano solos, great tenor work, and a slinkily vamping groove.  © 1996-2022, Dusty Groove, Inc.