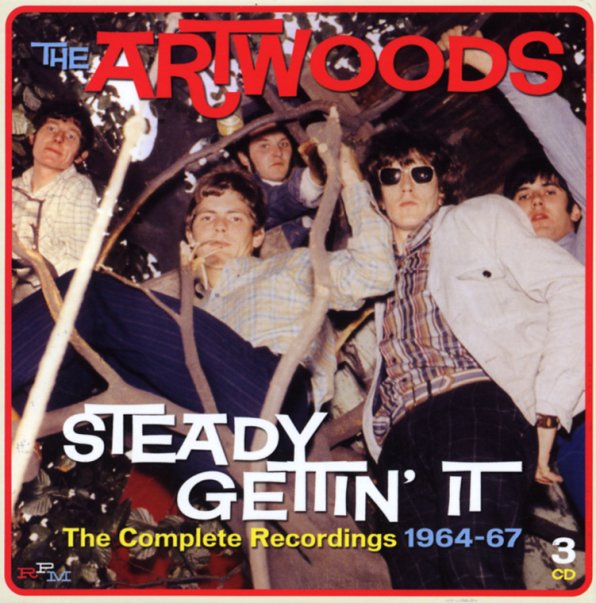 A long-overdue look at the short but fantastic 60s legacy of The Artwoods – one of the coolest, hippest groups of the UK mod scene at the time – able to perfectly balance R&B inspirations and newly groovy styles! The group's named after singer Arthur Wood, brother of the legendary Ronnie Wood – and while we might be tempted to say there's a bit of early Faces/Stones vibe going on here, the group also have a sound that's very much all their own – and which explodes out wonderfully here in a full array of mid 60s music! CD1 features a massive 30 tracks – early singles, acetates, and EPs – as well as a number of cuts from BBC sessions too! CD2 features the full album Art Gallery, plus 11 more BBC session cuts – and CD3 features a full live set recorded in Denmark in 1967, never issued before! As usual with Cherry Red/RPM, the whole thing comes in a wonderful package – a cool little box with individual cardboard sleeves, and a nice booklet of notes and photos.  © 1996-2022, Dusty Groove, Inc.