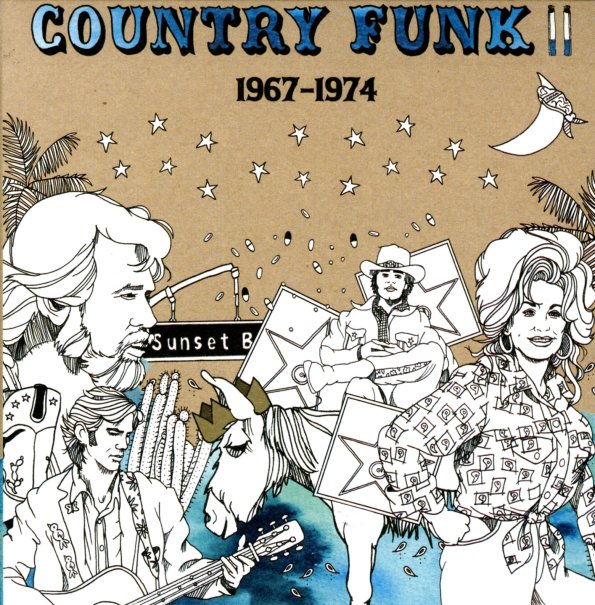 A great criss-crossing of modes at the end of the 60s – music that has roots in country, but which comes off with plenty of funk and soul as well – in styles that were burning strong from LA on eastward, all the way across the south at the time! Some of the grooves here might fall into the "swamp rock" mode of the time – while others showcase hip LA artists mixing rootsy elements with tighter studio production – and a few more have genre-crossing country artists trying on some more soulful modes for good measure. The range of work is really great – and quite surprising, too – and the whole thing's got a great look that really illuminates the music within. Titles include "Northeast Texas Women" by Willis Allan Ramsey, "Nobody" by Larry Williams & Johnny Watson, "Collection Box" by Thomas Jefferson Kaye, "Me & Mr Hohner" by Bobby Darin, "Hunger Child Blues" by Townes Van Zant, "California Women" by Hoyt Axton, "Pay Day Give Away" by Bill Wilson, "Shotgun Willie" by Willie Nelson, "Cajun Moon" by JJ Cale, "Sumpin Funky Going On" by Donnie Fritts, and "Don't Let Me Down" by Dillard & Clark.  © 1996-2022, Dusty Groove, Inc.