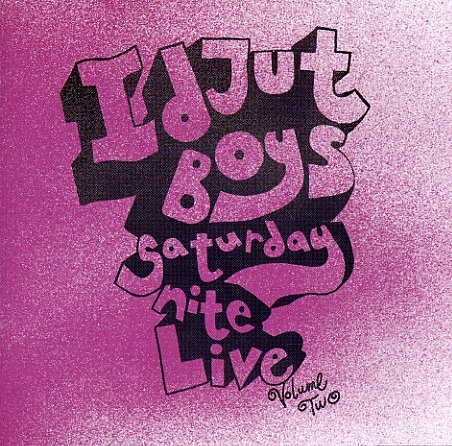 The Idjut Boys serve up a second batch of Saturday Night dancefloor tunes – a wicked mix of older club, global, and disco tunes – interspersed with some newer tracks that really freshen up the groove! As with the first volume, the format is a continuous mix of tracks – not chopped up too much, and mostly presented in their entirety – but laid out back to back in a quirky way that makes the overall package even more compelling! Titles include "Can't Get Enough Of You" by Wicket, "Deep Inside" by Shafty, "I Wnted You" by Stacey Kidd, "Lupeca" by Nico Gomez, "Coming On Strong" by Caroline Crawford, "Value Pack" by Steve Silk Soon Experience, "Corazon (version Idjut)" by LTG Exchange, "Get Dancin" by Love Childs Afro Cuban Band, "Mach 2/2" by Supsonic, "Get Down Get Down" by Melody Stewart, "Dance Forever" by Gaucho, and "Hills Of Katmandu (Patrick Cowley mix)" by Tantra.  © 1996-2021, Dusty Groove, Inc.
(Out of print.)