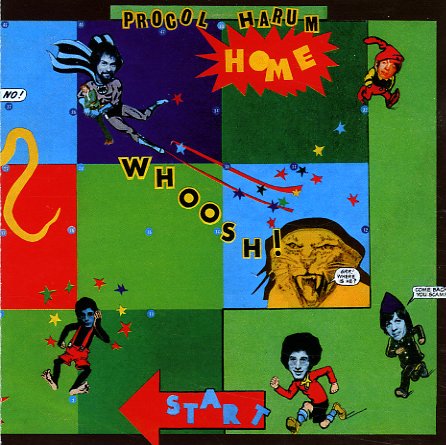 Procol Harum are definitely on home turf here – really honing, really focusing their energy – with a sound that seems to create this almost perfect interplay between the guitars of Robin Trower and vocals of Gary Brooker – two key elements of the group's sound that are even better here than on previous elements, especially when augmented by all the cool, unusual elements they always give us with their music. Brooker's got this bluesy quality, but the lyrics by Keith Reid often have this uniquely poetic vibe – one that's never overdone or pretentious, maybe because of the vocal quality – and which finds its own special space here on tunes that include "The Dead Man's Dream", "Whisky Train", "Barnyard Story", "Whaling Stories", "Your Own Choice", and "Still There'll Be More".  © 1996-2021, Dusty Groove, Inc.
(Cover has moderate wear with a cutout hole.)