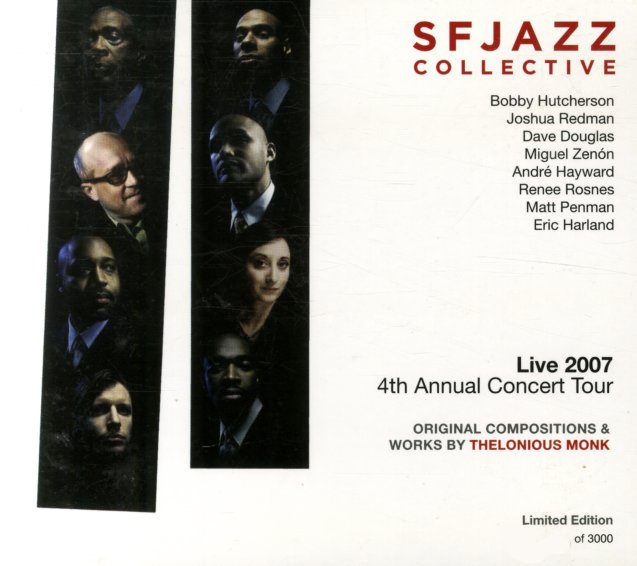 Only the fourth year of this amazing all-star group – and they've already got their own sound so strongly in place, they really make some fresh magic with the music of Thelonious Monk! Arrangements of Monk tunes are by different members of the group – pianist Renee Rosnes, trumpeter Dave Douglas, bassist Matt Penman, drummer Eric Harland, tenorist Joshua Redman, and alto saxophonist Miguel Zenon – who work here alongside the vibes of Bobby Hutcherson in some stunning remakes of "Oska T", "I Mean You", "Ugly Beauty", "Bye Ya", "Criss Cross", "Brilliant Corners", and "Bright Mississippi" – handled by the octet in a style that reminds us of some of Monk's late 50s larger group work on Riverside. The set also features a full dose of original compositions – the long "San Francisco Suite", plus "Union", "Lion's Gate", "Life At The End Of The Tunnel", and "Haast Pass".  © 1996-2022, Dusty Groove, Inc.
(Out of print.)

Live 2006 – 3rd Annual Concert Tour – Original Compositions & Works By Herbie Hancock
SF Jazz, 2006. Used 2 CDs
CD...$24.99
The music of Herbie Hancock, but not like you might be thinking – as the arrangements here are all new, and done by Gil Goldstein – performed by a great lineup of the SF Jazz Collective, along with some of their own music too! The group here features Nicholas Payton on trumpet, Miguel ... CD