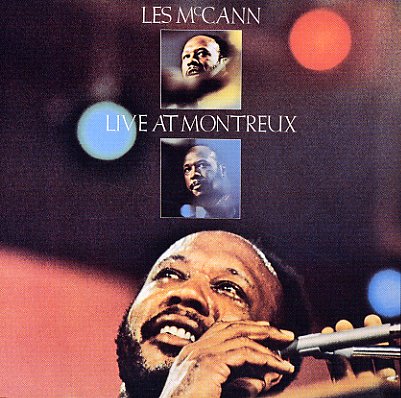 The 70s genius of Les McCann – opened up here wonderfully in the space of a double-length live performance! Tracks are all nice and long – and Les steps out strongly on Fender Rhodes and clavinet, ringing out with amazing tones that are really wonderful – kind of the electric depth of the Circles record, mixed with some of the sharper soul of other early 70s albums! The small group features great conga work from Buck Clarke, who kicks in some great elements to really drive the rhythms – and the open space of the record really gives Les plenty of room to sing alongside his keyboards. Titles include "Carry On Brother", "Home Again", "Get Yourself Together", "Compared To What", "Cochise", and "Price You Got To Pay To Be Free".  © 1996-2022, Dusty Groove, Inc.
(Out of print US pressing.)