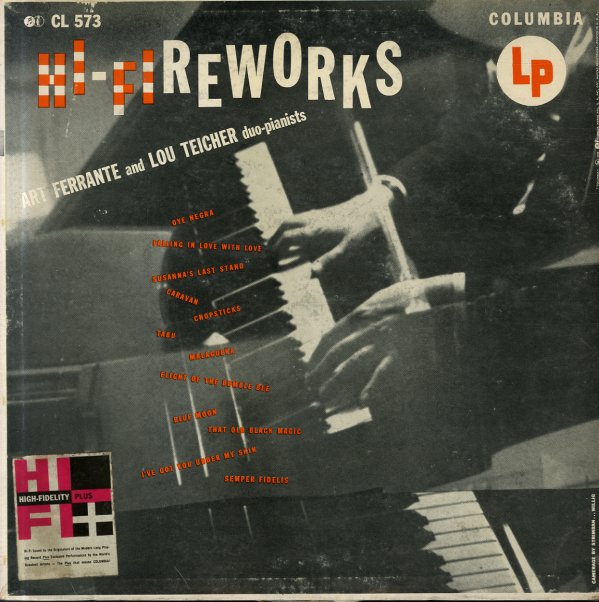 One of the best early albums by Ferrante & Teicher! The record has less of the studio effects of their Westminster albums – but it does feature some killer firey twin piano pyrotechnics, with the same sort of goofy manipulation of the strings and piano innards as on the Soundproof album. Includes nice crazy versions of tracks like "Tabu", "Oye Negra", and a totally great version of "Caravan". Great groovy experimental piano craziness!  © 1996-2020, Dusty Groove, Inc.
(Heavy original red label pressing, with deep groove. Cover has some staining on the back.)