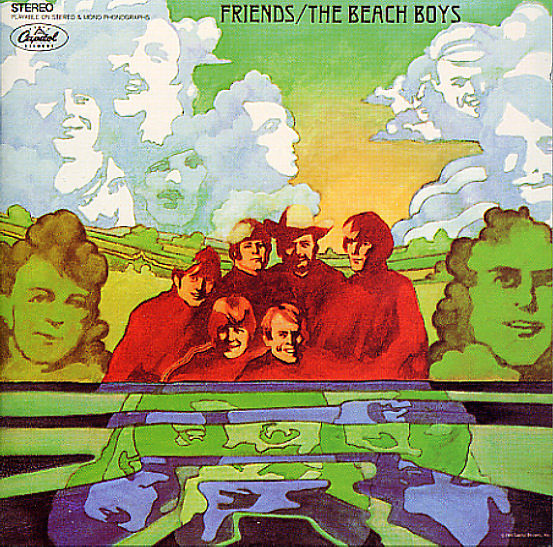 An amazing little CD – one that features 2 of the best post-Smile Beach Boys albums in one package, plus some excellent bonus cuts too! Friends is a completely incredible record – one that's built around small, short, sweet songs that are almost an adult take on themes of relationships first explored in Pet Sounds – produced with a homier and more personal approach that's really great. Classics on the album include "Busy Doin Nothin", "Transcendental Meditation", "Little Bird", "Anna Lee The Healer", "Be Here In The Morning", "Friends", and "Wake The World". 20/20 is a slightly lesser album, but still pretty nice too – and is noteworthy as the repository of some bits that were destined to originally appear on Smile, and never made the Smiley Smile cut – as well as the genesis of some of the ideas that would come out more fully on the excellent Sunflower and Surf's Up albums. And in fact, if the Beach Boys had never cut another album, 20/20 would be a masterpiece – and it's only through comparison with their real classics that it only weakens a bit. Tracks include the sublime "Cabinessence", plus "Do It Again", "I Can Hear Music", "Be With Me", "All I Want To Do", "I Want To Sleep", and "The Nearest Faraway Place". And if that's not enough, the CD features excellent bonus cuts like "Break Away", "Celebrate The News", "We're Together Again", and a cover of "Walk On By"!  © 1996-2022, Dusty Groove, Inc.

Pet Sounds (with bonus tracks)
Capitol, 1966. Used
CD...$3.99 (CD...$3.99)
One of the greatest records of all time – and don't you forget it! Despite the countless lines of type that have been written about this record, nothing does it full justice like an all-through listen – something we're reminded of every time we put this one on the turntable, which is a ... CD