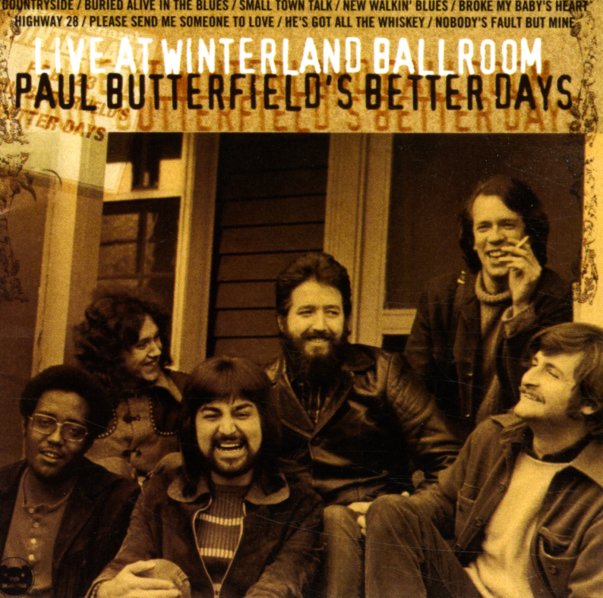 Heady work from Paul Butterfield's second great group – his mighty Better Days ensemble, heard here in a nicely unbridled live set from the early 70s! Paul himself is mighty great on vocals and harmonica – but the group's a very cohesive unit, too – with additional vocals and guitar from Amos Garrett and Geoff Muldaur, organ and piano from Ronnie Barron, and some mighty heavy drums from Billy Rich! The music seems to have even more punch than on some of Butterfield's studio sessions – blues rock, but with a little something extra, too – and titles include "Higway 28", "Broke My Baby's Hert", "Countryside", "Buried Alive In The Blues", and "Small Town Talk".  © 1996-2021, Dusty Groove, Inc.