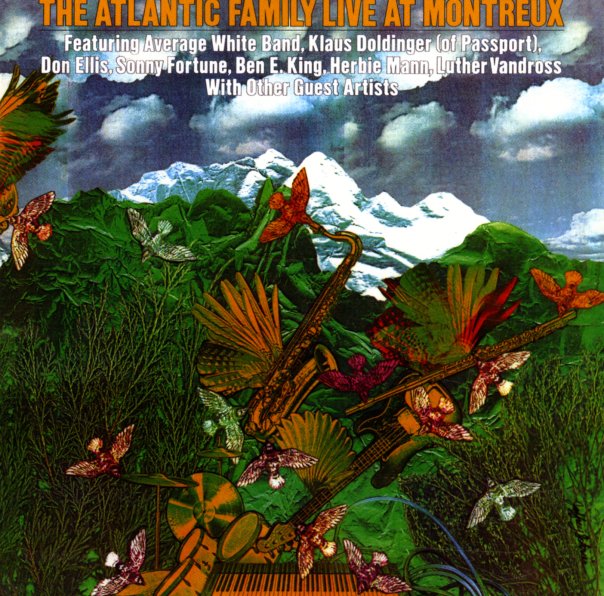 A host of great talents from Atlantic Records all coming together in a really unique set of performances – some extended jazz and soul jams that go way beyond any studio work by the artists at the time! No single artist gets the spotlight at once – so that the even really is the "Atlantic Family" promised in the title – a richly collaborative performance that features full arrangements put together by Arif Mardin, with work from Herbie Mann on flute, Randy Brecker on trumpet, Michael Brecker on tenor, Richard Tee on keyboards, Dick Morrissey and Klaus Doldinger on tenor, Sonny Fortune and David Newman on alto, and Barry Rogers on trombone – plus a good chunk of Average White Band as well, ensuring a sweet funky groove throughout! Most moments are instrumental, but the set also features some vocals from Ben E King, Hamish Stuart, and Alan Gorrie on lead – plus backup from a group that includes Luther Vandross as well. Titles include a 21 minute version of "Pick Up The Pieces" – plus "One To One", "McEwan's Export", "Jadoo", "Bahia", and "Everything Must Change". CD features a bonus single mix of "Bahia".  © 1996-2021, Dusty Groove, Inc.