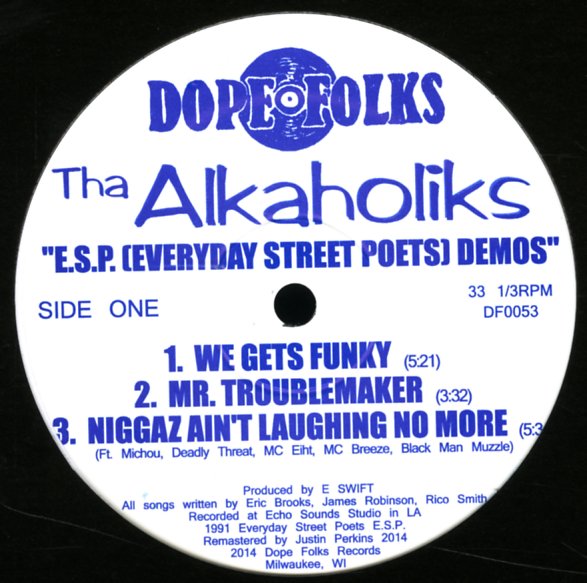 A raw, funky EP of early Alkaholiks material – pre-Loud/RCA era material produced by E Swift – and it's a vital slice of dawn of the 90s LA hip hop! The title ESP refers to the trio's early moniker, Everyday Street Poets, and it's timeless stuff with a rawer vibe than the major label recordings to follow – but it's not raw as in "unfinished" sounding, it's gritty, but wholy worthy of their legacy and a real gem that any fan of timeless, golden age west coast hip hop oughta love. Includes "We Gets Funky", "Mr. Troublemaker", "Ni**az Ain't Laughing No More", "Wadadang", "L.A. Law" and "Welcome To The Grooveyard".  © 1996-2022, Dusty Groove, Inc.
(Limited edition!)