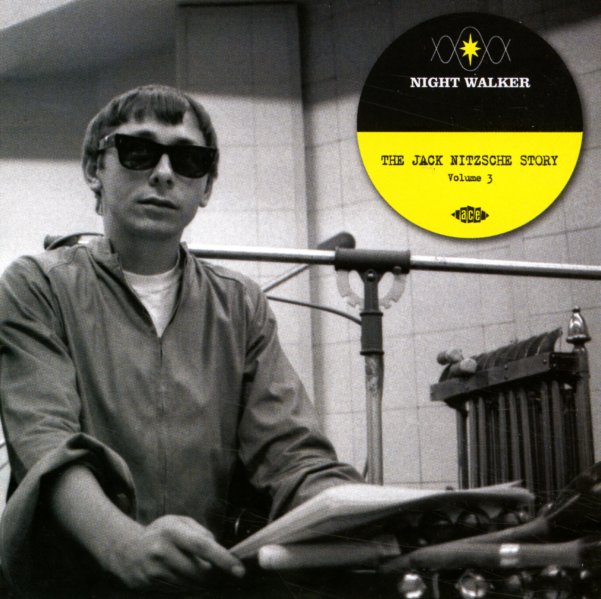 Jack Nitzsche was one of the greatest producers of the LA scene of the 60s – a legendary talent whose work was a key counterpart to frequent associate Phil Spector, but which also took on lots of other weird twists and turns of its own! Jack has this mad appeal that you can probably guess from his image on the cover – a quiet genius who really finds a way to make artists shine at their best – whether he's working the knobs in the studio, or just scoring an arrangement or penning a tune! This volume is easily the most wild of Ace Records' series on Nitzsche – and features lots of offbeat tunes that almost feel more like Kim Fowley tracks than some of the more mainstream numbers that came from Jack's hands. The range of music here is really wonderful – lots of lost LA gems from the 60s, plus a few key tracks from later years too – in a lineup that includes "Puddin N Tain" by The Alley Cats, "What About You" by Ramona King, "Educated Fool" by Billy Storm, "Daddy You Just Gotta Let Him In" by The Satisfactions, "Louie Louie" by Honey Ltd, "Little Boy" by The Crystals, "Night Walker" by Jack Nitzsche, "If My Car Could Only Talk" by Lou Christie, and "Night Time Girl" by Modern Folk Quintet.  © 1996-2022, Dusty Groove, Inc.