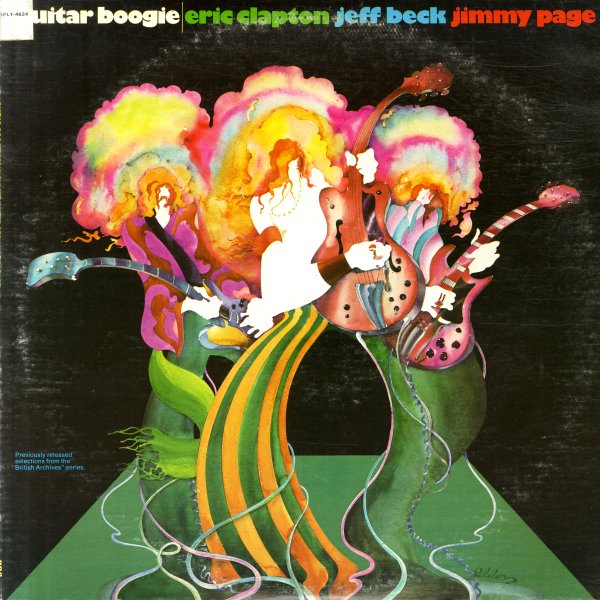 Pre-fame recordings from these three British guitar giants – with titles that include "West Coast Idea" and "Snake Drive" by Eric Clapton, "Freight Loader" and "Choker" by Eric Clapton with Jimmy Page, "Steelin" and "Chuckles" by The All Stars with Jeff Beck, and "Down In The Boots" and "LA Breakdown" by The All Stars with Jimmy Page.  © 1996-2022, Dusty Groove, Inc.
(Black label pressing in a Best Buy Series cover, with light wer.)