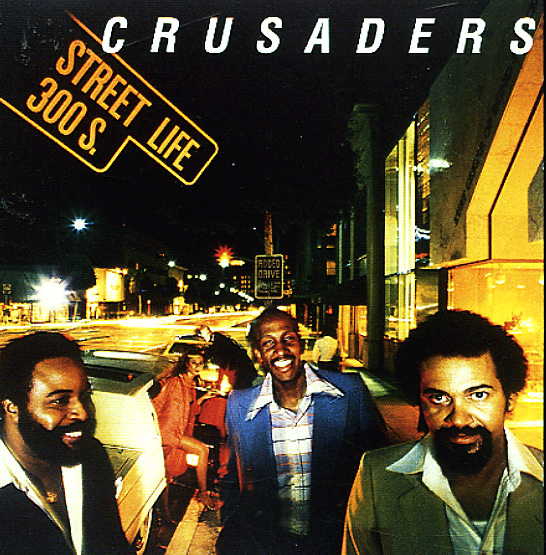 One of our favorite albums ever from The Crusaders – a set that really sums up all the tightness they'd forged in the 70s, while still showing a new sense of soul and funk as well – expertly balanced with flawless LA production! The album may well be the group's equivalent of a Steely Dan album – no surprise, given the work they'd done on sessions for that group – and the title cut is the massive extended version of "Street Life", with killer vocals from Randy Crawford – and other titles include "My Lady", "Night Faces", "The Hustler", and "Rodeo Drive".  © 1996-2021, Dusty Groove, Inc.
(Limited edition.)

Malagasy At Newport-Paris
Palm/Souffle Continu (France), 1973. New Copy
CD...$18.99 19.99 (LP...$32.99)
An incredible live performance from French pianist Jef Gilson and his groundbreaking Malagasy combo – a group of musicians from Madagascar, exiled in Paris – working here with Gilson on some really amazing sounds! The record is definitely jazz a the core – thanks to plenty of ... CD