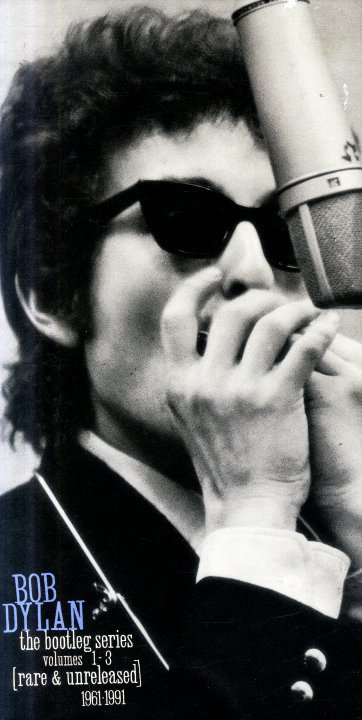 The first entry in the Bob Dylan series from Columbia – and maybe still one of the most important – as it really focused on the kind of special material that had been changing hands in the underground for decades – part of that secret knowledge that would always make diehard Dylan fans sneer at anyone who only knew the official albums! There's some really amazing stuff here – especially great album outtakes, especially from classics like Freewheelin Bob Dylan and The Times They Are A Changin – plus some unusual 70s moments, weird early demo and live tracks, and lots more. Despite the large date rate, the set skews pretty heavily towards the mid 60s – which represents probably 50% of the material, alongside a good chunk of 70s tracks, and a few scattered 80s and 90s moments. Titles include "House Carpenter", "Hard Times In New York Town", "Mama You Been On My Mind", "Sitting On A Barbed Wire Fence", "Wallflower", "Santa Fe", "Who Killed Davey Moore (Live)", "Paths Of Victory", "Talkin Hava Negeilah Blues", "Let Me Die In My Footsteps", "Man On The Street", "Suze (The Cough Song)", "Seven Curses", "every Grain Of Salnd", "Catfish", "Tell Me", "Series Of Dreams", and lots lots more.  © 1996-2022, Dusty Groove, Inc.
(Pleae note that the box and book are missing from this set. Three CDs in individual jewel cases and priced accordingly.)