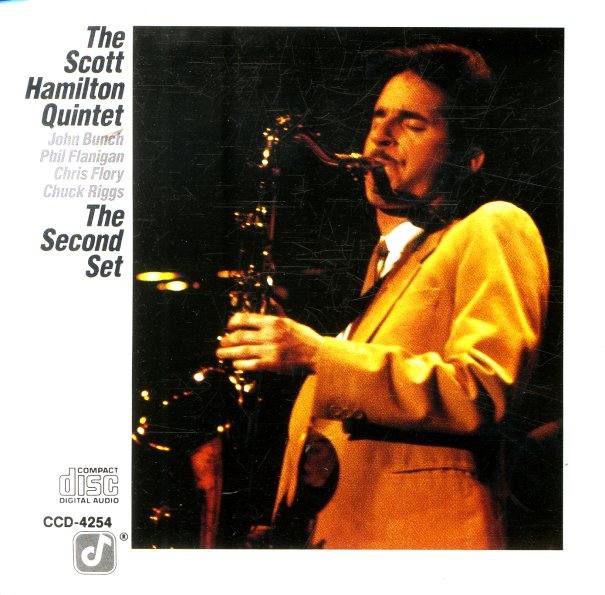 Features Scott Hamilton on tenor with John Bunch on piano, Chris Flory on guitar, Phil Flanigan on bass and Chuck Riggs on drums.  © 1996-2021, Dusty Groove, Inc.
(Out of print.)

Perk Up
Concord, 1976. Used
CD...$6.99
A mid 70s west coast bop side, from a few players who had faded a bit from their prime, but are still playing with a lot of energy and freshness. The treat for us is Frank Strozier on alto and flute, joined by Conte Condoli on trumpet up front, while Monty Budwig and Mike Wofford round out the ... CD