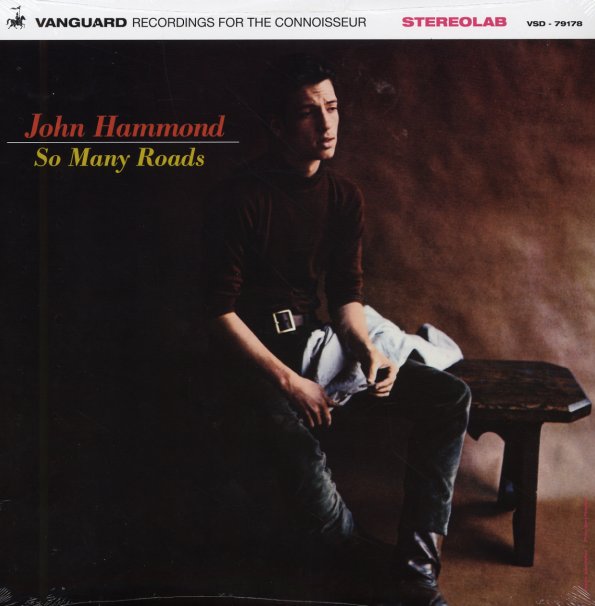 A nice mid 60s batch of blues-folk-rock from John Hammond – who's in excellent form at this point – but the record is perhaps more famous for the accompaniment – a backing band that includes Levon Helm, Robbie Robertson and Garth Hudson of the soon-to-be The Band, along with Charlie Musselwhite and Mike Bloomfield! Includes "Down In The Bottom", "O Yea!", "Gambling Blues", "Big Boss Man", "Who Do You Love?", "I Want You To Love Me" and more.  © 1996-2021, Dusty Groove, Inc.
(Orange and yellow label pressing.)

Five Feet Of Soul
Colpix, 1963. Near Mint-
LP...$7.99
One of Jimmy Rushing's last truly great albums – a jazz-tinged session of bluesy material, one that gets at his best work of the 50s! The arrangements are by Al Cohn, and have a fluid swing that pushes Jimmy past cliche – working with players that include Zoot Sims, Budd Johnson, ... LP, Vinyl record album