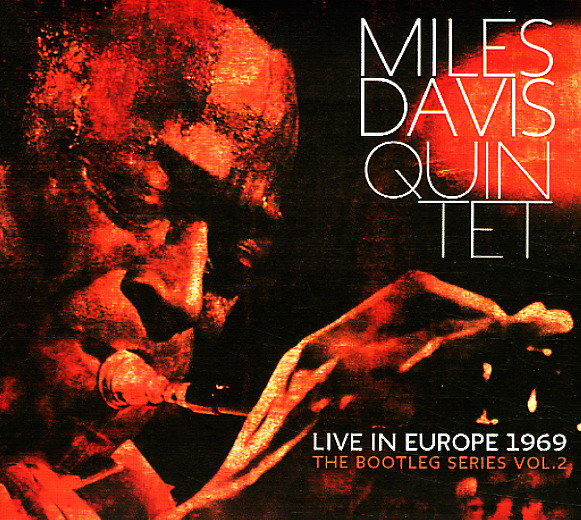 The long-awaited release of some brilliant live sessions from the key Miles Davis group at the end of the 60s – the really freewheeling quintet that featured Chick Corea on electric piano, Wayne Shorter on tenor and soprano sax, Dave Holland on bass, and Jack DeJohnette on drums! Rhythms here are completely unbound – wilder even than the sounds on Bitches Brew, and played with a similar intensity on the keyboard, trumpet, and reed solos – an unbridled power that really takes off over the space of the very long cuts on the collection! The whole thing's an essential addition to these very important years for Miles – and the 3CDs features live performances from the Antibes Jazz Festival on July 25 and 26, 1969 – plus a November 1969 performance from Stockholm. Titles include "Miles Runs The Voodoo Down", "Sanctuary", "It's About That Time", "Footprints", "Paraphernalia", "Nefertiti", "Masqualero", "Spanish Key", "Directions", "No Blues", and "Bitches Brew". DVD also features a November 7, 1969 performance from the Berliner Jazztage – of titles that include "Directions", "Bitches Brew", "I Fall In Love Too Easily", "It's About That Time", and "The Theme".  © 1996-2021, Dusty Groove, Inc.
(Out of print. DVD is NTSC coded, Region 0.)