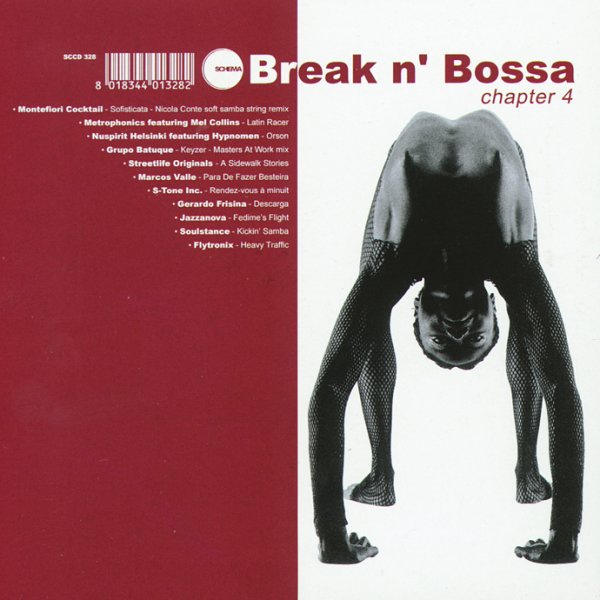 This series never fails to please! The 4th volume in the mighty Break N Bossa set – and a fab blend of bossa-inspired jazzy grooves, running the gamut from straighter jazzy numbers, to sly vocal gems, to a few that have a more abstract electronic finish. All titles are worthy to appear on Nicola Conte's mighty Schema label – with the same warmth and sense of history as his own work! Titles include "Latin Racer" by Metrophonics, "Heavy Traffic" by Flytronics, "Descarga" by Gerardo Frisina, "Keyzer (Maw mix)" by Grupo Batuque, "Kickin Samba" by Soulstance, "Sofisticata (Nicola Conte soft string mix)" by Montefiori Cocktail, "Rendez-vous A Minuit" by S-Tone Inc, and "Orson" by Nuspirit Helsinki.  © 1996-2021, Dusty Groove, Inc.

Versioni Particolari 2
Schema (Italy), 2006. Used
CD...$1.99
A full length, CD-only package that brings together material scattered over 4 different 12" singles from The Dining Rooms – remixes that sprung up in the wake of their excellent Experiments In Ambient Soul album, handled by a range of talents who really expand the grooves! Many of the ... CD