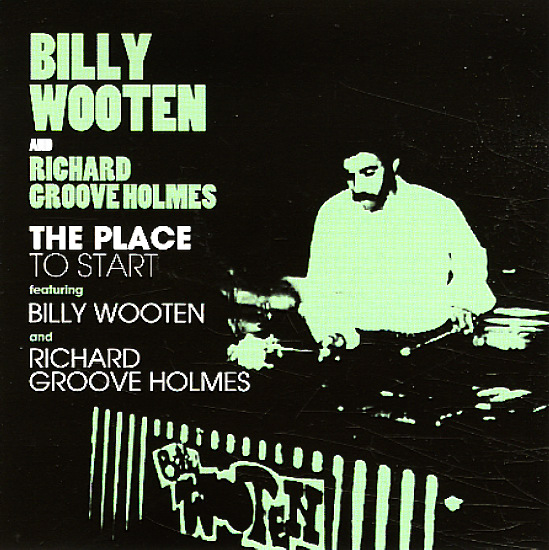 A lost chapter of genius from vibes player Billy Wooten – and a great one too! The set's a rare outing with Hammond giant Groove Holmes – laid out nicely here in a quartet setting that offers up plenty of Billy's great vibes mixed with the organ – in a mode that's very different than anything else Wooten ever recorded, and which really takes us back to the best soul jazz years of 60s Prestige Records! The group also features great tenor from Jimmy Coe – a player we don't really know at all – and drums from Jozell Carter, who works nicely with the rhythms from Holmes' work on the Hammond. Titles include "Blue Bossa", "Bags", "Groove's Blues", "It's A Groove Thing", and "I Remember April".  © 1996-2022, Dusty Groove, Inc.
(Includes obi!)